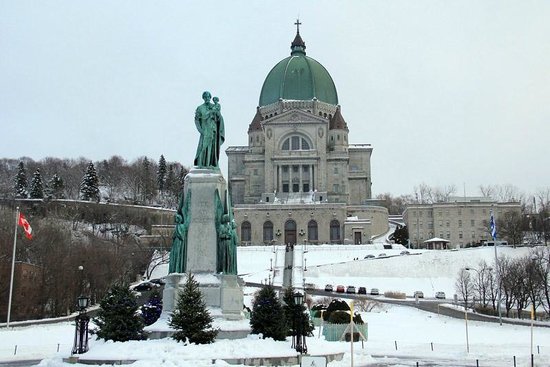 It is said that God is in the details. That may be so. But in Montreal it occurred to me that God just might also be in the decor; and that, for many, the greatest way to a profound spiritual experience is through art. Yet for me in my upbringing, art so often had little to do with God and, subsequently, my gift seemed to me to have little value.

My family and I recently returned from a trip to the city of Montreal, the sublime and engaging jewel of La Belle Province. For someone who is aesthetically inclined, Montreal is an artsy wonderland. On our final evening, we went to St. Joseph’s Oratory of Mount Royal. This is what is called a “minor” Basilica in the Roman Catholic Church but it is massive and imposing. Just climbing up the various stairs, a feeling of continually ascending, is a spiritual exercise (in more ways than one). You can’t help but feel like you are rising up to something beyond the mundane of your life. I’m sure that effect is intended as the Basilica bids millions of faithful pilgrims per year to climb its heights.

For me, as I continue to reflect on my own artistic sensibilities, on creating, on the way these things impact my life and my world, I was struck by the use of art in absolutely every aspect of this place. From the soaring architectural design that is equal parts Gothic, Renaissance and Contemporary, to the countless paintings, statues, bas-reliefs and mosaics; from the asymmetrical and abstract cast iron gates to the stained-glass windows; from the various miscellaneous artworks that fill the place to the use of museum-like dioramas; from the subtle use of light and shadow to the warmth of wood against cold stone – St. Joseph’s Oratory is an impressive testimony to the role art and artists have in creating a spiritual environment and experience. There seems to be no corner, no wall, no doorway, no opportunity lost to use the creative arts to communicate the Divine. 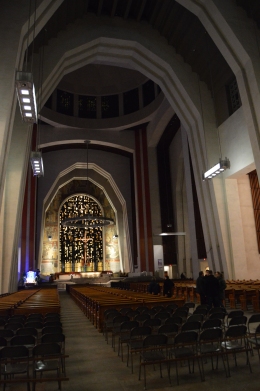 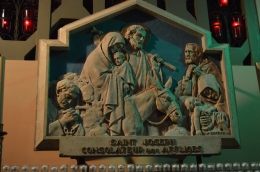 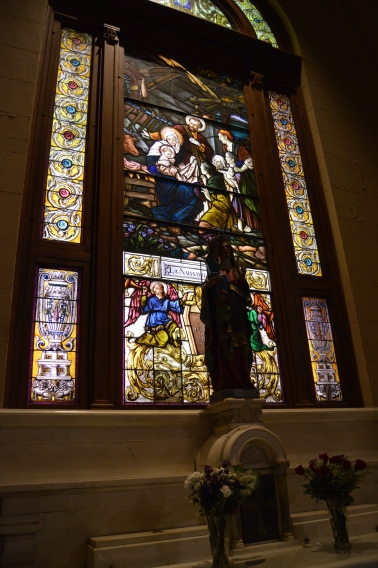 The display of artistry and craftsmanship is very impressive but it remains foreign to me. Though I am a Christian, I am of the Protestant variety that has more of function than form in its worship spaces; i.e., many of the churches that make up my brand of Christianity are uninspiring, utilitarian places. I am currently part of a church that meets in a large, chilly school  gymnasium. It is about as spiritual a place as a warehouse. Let’s just say that the atmosphere of the building has rarely played a role in the experience of my faith, that is, in the elevation of my spirit or the growth of my spirituality. As an artist who also happens to be a Christian, my aesthetic sensibilities have taken a beating over the years. And I have often thought that my gifts and points of view, and those of my fellow artists, are not given much weight in my tradition. 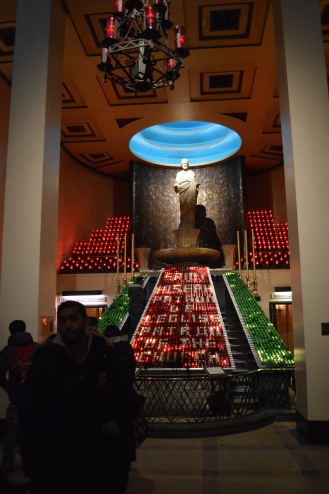 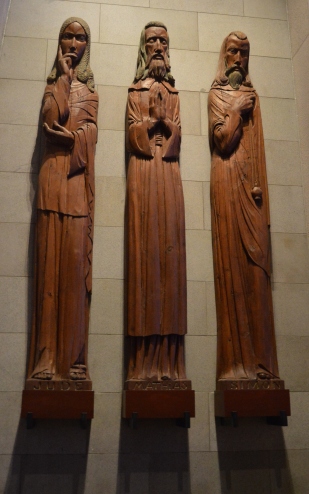 Dating all the way back to the dawn of the Protestant Reformation, it could be argued that many babies were tossed out with the bathwater. Protestants take a wide birth around iconography, the use of statuary and relics and icons in prayers and worship. To many it is idolatry and akin to the occult. To some it is downright Satanic. This fear of idolatry and a belief that iconography is a sin led to extremely Spartan worship spaces and continues to influence architectural choices and decor in church to this day. In some ways, the Protestant church has been afraid of art. True, in the last couple of decades things have improved and more thought and creativity has gone into the use of art in Protestant worship. But it remains something not in the DNA of most churches and denominations.

I don’t really want to get into a theological debate on the subject or dive into the divide that has existed between the two big camps of Western Christianity for so long. But I do wonder if part of my assessment of my own artistic gifts has been influenced far too much by the Christian tradition I am a part of. That is, have I always subconsciously shelved that part of myself over the years because I felt it was less important, less viable, less of what I was supposed to be? Because I grew up in an aesthetically wary Protestant context, did I grow up believing my gifts and points of view were not as valid, as worthy, as spiritual as others?

This is going to take some thought. If there is truth to these feelings in my own life, then there are decisions and choices I have made that have definitely been influenced by it. And not just for me but for millions of other artists who grew up in a Protestant context, be they visual artists or musicians or dancers or playwrights, etc. If we have felt in any way that we have been marginalized or misunderstood, or that our gifts and sensibilities have been minimized or compartmentalized by the institutions that we were raised in, then we have all been deeply impacted and the church has suffered because of it.

I am an artist and I am a Christian. So often that has felt like a necessary tension. Does it have to be? I’m not sure. I would be the first to say that God has given me the gift of being an artist. It would follow, then, that he would want me to use that gift in my role as his image-bearer. Yet there are times when creative expression doesn’t seem accepted in my religious experience; when a kind of leash is placed on artists, giving them only so much room to create for fear that they might go too far. But keeping any kind of artist tamed and toned down mutes the impact of their art. And this is not right.

For me, this is a topic I am going to have to explore further. It is getting at the very heart of who I am and the uncomfortable dichotomy I have felt for many, many years. If you are an artist reading this, and also someone who follows God, I wonder if you have felt similar things, either consciously or unconsciously? Maybe it’s time to lose my aesthetically wary religion and embrace a way of following Christ that embraces me and my artist brothers and sisters.  This will take some serious thought. Stay tuned… 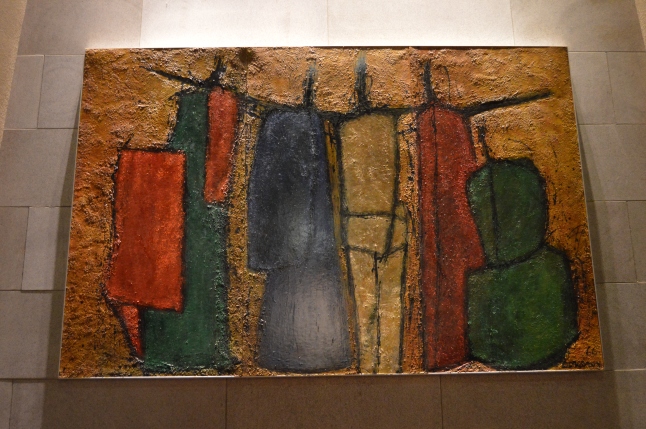