Are You Experienced was released 50 years ago today! Say WHAAAAT? 50??? Far out, man. This album has been called the greatest and most influential debut album of all time. Music critic Dave Marsh writes, “Are You Experienced is sort of the musical equivalent of the Big Bang that scientists believed originated the universe. In both cases, many generations later, the world is still trying to absorb, organize and make sense of what that initiating event spewed forth.”

I can’t claim to remember when this album came out as I was one year old at the time. But I did listen to it and much more Jimi in my teens and twenties, and had the album spinning on my turntable less than a couple of decades after its release. Four or five songs off of Experienced were standards on the rock stations I grew up listening to. And if you were into rock music at all (and I was definitely into it), Hendrix was THE Guitar God, second to none, the golden standard, the Wayne Gretzky of freaky-haired ax wielders.

Are You Experienced sounds and feels like nothing else. It is so hard to believe it is 50 years old because it sounds so fresh. On this celebration of the Birth of the Other Big Bang, here are some of my random thoughts on this scorching, far out, explosive album: 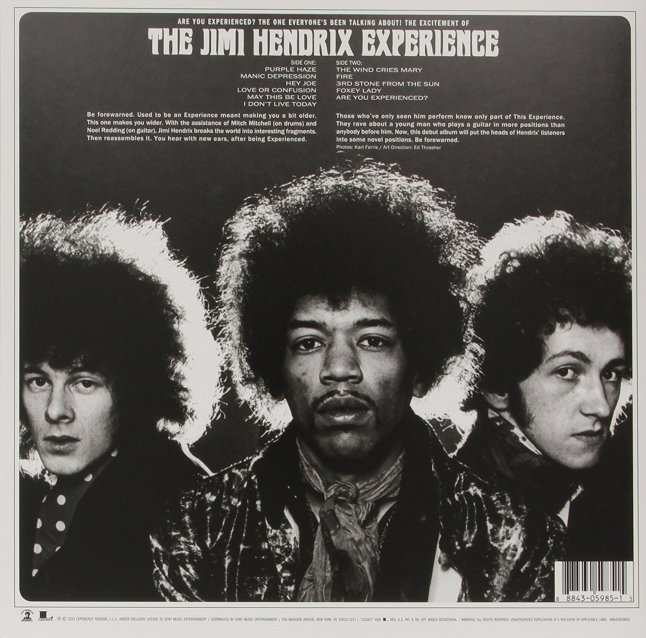