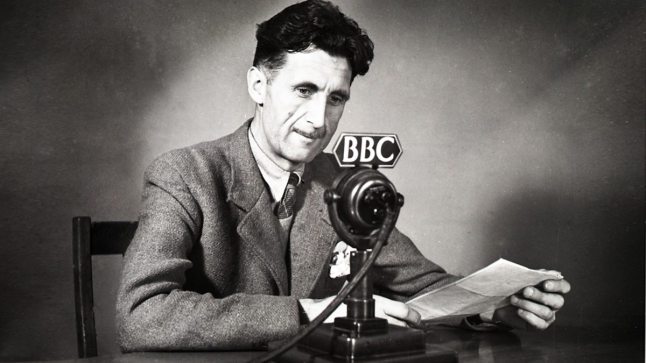 “In a time of deceit telling the truth is a revolutionary act.”

Eric Arthur Blair (1903-1950) was the real name of the man behind the powerful dystopian novel 1984 and the incisive allegory Animal Farm. George Orwell was his pen name and his critique and insight into human nature, politics and society continues to resonate to this day.  Reading through his quotes, I was struck by how some writers hit upon themes that remain a cautionary tale for generations.

For today’s Life Quotes, some words from a man who left us with many things to continue to ponder.

“The most effective way to destroy people is to deny and obliterate their own understanding of their history.”

“Political language is designed to make lies sound truthful and murder respectable, and to give an appearance of solidity to pure wind. ”

“If liberty means anything at all, it means the right to tell people what they do not want to hear.”

“Journalism is printing what someone else does not want printed: everything else is public relations.”

“We are all capable of believing things which we know to be untrue, and then, when we are finally proved wrong, impudently twisting the facts so as to show that we were right.”

“A people that elect corrupt politicians, imposters, thieves and traitors are not victims… but accomplices”

“Men can only be happy when they do not assume that the object of life is happiness.”