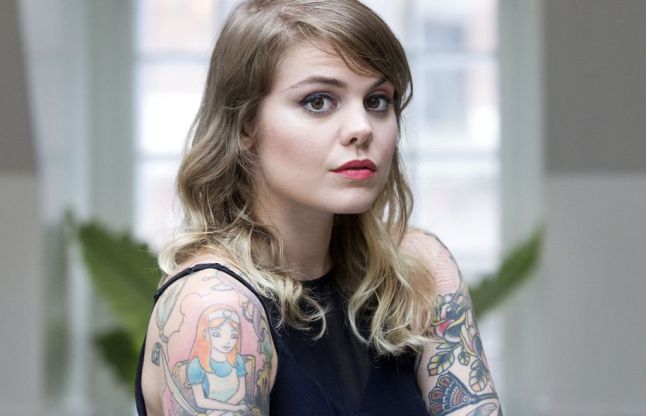 Coeur de Pirate (Pirate’s Heart) is the stage name of Montreal’s Beatrice Martin. She is a diminutive singer with enormous talent and an unforgettable and distinctive voice. Her following is strong in Quebec and across the pond in France as most of her recordings have been in French. However, she recently released an album made up of mostly songs in English and has released many wonderful cover songs.

The ability of Coeur de Pirate to take another artist’s song and make it unique, to create something newly powerful from something familiar, is just part of her talent. Today I want to introduce you to Beatrice with a video for her cover of “True Colors”. We naturally associate the song with Cyndi Lauper, who made it famous in her signature plaintive style. But in the turn Coeur de Pirate gives it, it somehow becomes more vulnerable and intimate and truly comforting. Enjoy: