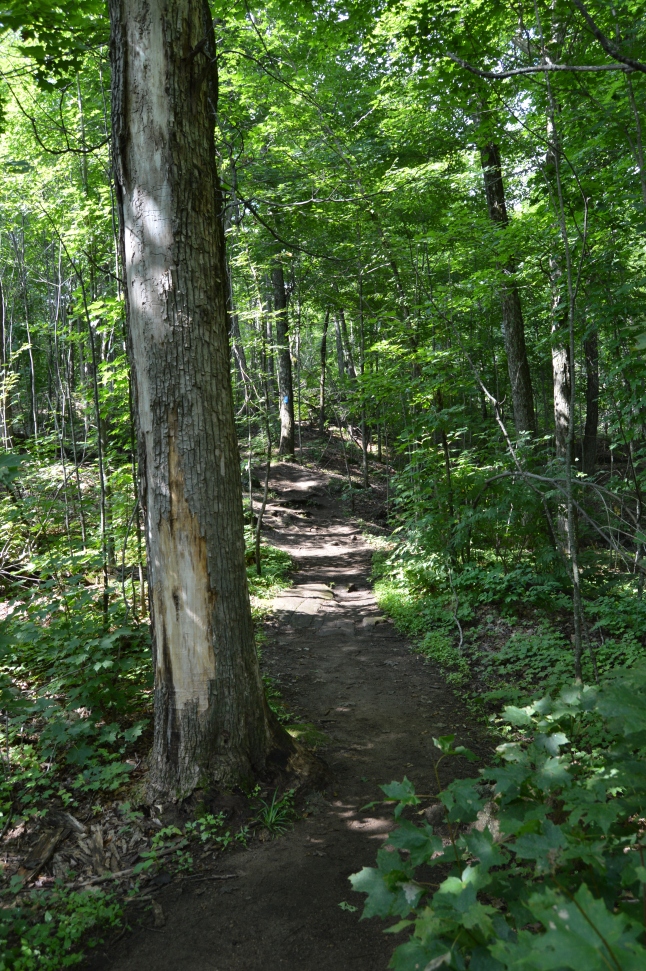 I have reached the late stages of my forties. In fact, you can’t get much later: I’m forty-nine. I read recently that suicide rates among men peak in their late forties. Men, as a rule, are far more likely to die from suicide than women and middle-aged men are the highest risk group of all. It has been called “the silent epidemic”. A lot of effort has been placed on understanding and preventing the suicides of teen boys and old men but there has been very little research into the growing and alarming reality of suicide among middle-aged men.

If you are reading this and getting concerned for me… I appreciate that. However, I have not had suicidal thoughts. At least, I don’t believe I have. But I have had some very low times in my late forties when life doesn’t seem to deserve this much effort. There are days I feel like I am running in sand; just exhausting myself and really going nowhere. There are days I think not being here would be a relief. Are those suicidal thoughts? I’m not sure. Certainly, they aren’t pleasant thoughts. Thinking them doesn’t improve my mood or make the day more bearable. And, frankly, it worries me when I think this way. However, I do believe that I understand more where some of those thoughts of ending your own life can come from for men in my age range. We’ve gotten to a point where the young man in us is pretty much gone for good. We still feel pretty good but the image in the mirror doesn’t fit the image in the mind. Many dreams have been set aside for practicalities. Our lives can be dominated by work that doesn’t satisfy, tensions in the family, loneliness on the friends-side of things, and a kind of day-by-day slogging that isn’t terrible but isn’t particularly inspiring either.

By the time men reach middle-age many are cynical and sad. Often it comes out as anger, if it comes out at all. A lot of times it is just swallowed up and kept hidden. That’s the “silent” part of a “silent epidemic”, I believe. Men are not good at talking about things like this and we certainly aren’t good at searching out help.

I don’t want this post to be about this downer of a subject but I bring it up to tell you about my recent revelation. If you’re reading this and can relate or are concerned for someone you love, maybe you’ll find some comfort or help in this. I hope so. Of course, there is not a one-size-fits-all solution to something as daunting as this but what I experienced greatly inspired me and so I share it with you in order to, hopefully, inspire you, too.

For me what it took to gain a fresh perspective on my life was a hike in the woods. That sounds kind of simplistic but the thoughts it brought to my mind were anything but that. 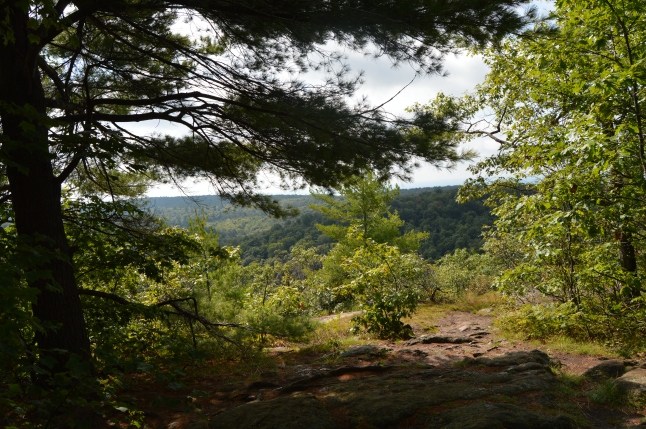 One of the hats I wear is as a part-time pastor to a great group of people who mostly live in small communities south of Ottawa. This August we had a fifth Sunday that we decided to have “off”, i.e., no service was planned. Instead, we gave each other permission to take the day to do what blesses you or others. I didn’t want to waste this opportunity so I decided to do what inspires me perhaps more than anything else: go hiking with a pack on my back and a camera around my neck. I chose to try a trail I’ve never hiked before. The trail was in the Gatineau Hills, a lovely part of La Belle Province ( i.e.,Quebec) just north of my home in Ottawa. A friend had suggested I try the Wolf Trail, an eight kilometer hike that ascends to some of the best views from the Hills, giving a vista over the Ottawa River valley.

I can’t quite describe to you how excited I get when I make the trip out on my own to take on a new trail on a beautiful day. That feeling alone is incredibly life-giving to me. I’ve come to treasure my times in the woods and hills in my area. I’m kind of giddy on those days, to tell you the truth. And I chomp at the bit to get going on the trail. This day at the end of August was no exception. The weather was warm and mostly sunny with no rain in the forecast. Late summer meant the bugs wouldn’t be too bad. And I felt good, ready for some exercise and ready for a new adventure. The trail was rated as “difficult” with lots of climbing but I know how rewarding that can be. I set out fully expecting the refreshing, invigorating experience I’ve had before. 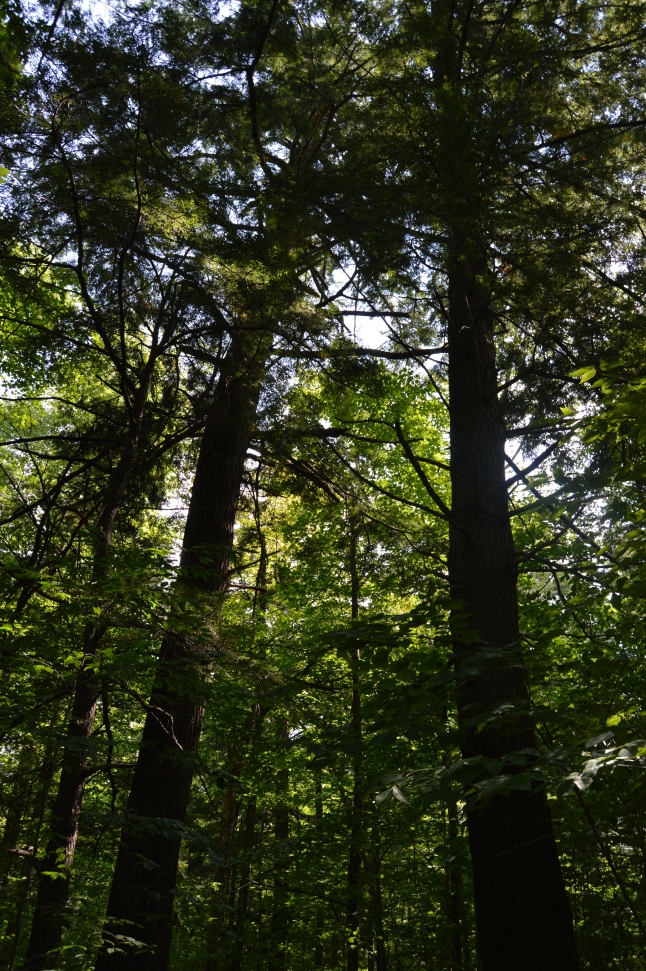 If you are like me and enjoy spending time outdoors and in the wilderness, you’re probably inspired by a lot of the things that inspire me, too. I love taking big gulps of the air in those places; it is so delicious and filling, so different from the stale air of the suburbs where I live. I take in the trees; I can feel the life in them and I treat them with great respect, considering any forest as their territory, not mine. I love to touch bark as I’m hiking, giving some trees a love tap now and again and even a few muttered “thank you’s” to them for making me feel welcome. The small things grab my attention too: the mushrooms sprouting up, looking very cheeky and bold; the flowers that can be so different here than anywhere else; the crash of acorns bombing down from the trees when the wind picks up; the clapping of birch leaves in the breeze. Occasionally I come upon wildlife: a beaver swimming along, a woodpecker knock knock knocking, a chipmunk making way too much noise for such a small critter. All these things and many more are priceless to me. They fill me with wonder and make those hikes feel suspended in time. So often I have felt so thankful as I’m hiking and as I leave a place. God is good; this place can be achingly beautiful; my life is okay after all.

The hike I made most recently was full of all these things and I was soaking them up as usual. But as I hiked I became more and more aware of something else, something I haven’t focused on so intently before and something I’ve come to believe was the reason I was given that chance to hike that trail. With each step, each passing minute, I became more and more aware of myself; not so much my inner life, my thoughts and things like that but aware of myself in a bodily sense; aware of my breathing, my sweat, my senses alive to everything around me. I became aware of my feet on the ground, my muscles working to help me navigate roots and rocks. I became aware of my eyes taking in colors and shades, the depth and variety around me. I became aware of my ears taking in the vast amount of sounds available when the noise of “civilization” is removed. My skin was wet with sweat, cooling me as the effort became greater. I marveled at my body’s ability to do what I was asking it to do and to do all those things I take for granted. I tuned in to my heart beat; I felt the itch of a mosquito bite on my forearm; I noted the trickle of perspiration down the back of my neck.

I was acutely aware that I was gloriously alive. 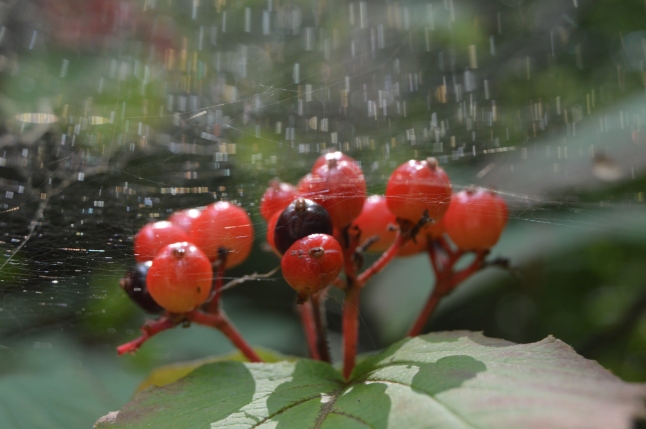 There is a psalm of David in the Bible, Psalm 139, that contains this famous phrase: “I praise you because I am fearfully and wonderfully made”. The “fear” mentioned here isn’t like the fear of spiders or the fear of falling or the fear of falling on a spider. David is talking about awe. He’s talking about that overwhelming feeling of being in the presence of something that takes your breath away, something that seems too great and too incredible to describe in just words. The thing creating awe in this instance is the creation known as humankind; specifically the human known as David as he pondered the creative power and majesty of his God.

This is as close as I can come to expressing the feeling I had that day on the Wolf Trail. I realized that I was awesomely made, that I was an incredible creation of the Creator, just like all the incredible creations around me that day. And I realized that I loved being alive. I loved the truth of my days, here and now, in this moment; the reality and immediacy of this instant. And I found myself celebrating that and feeling awe.

So often we talk about sensing your mortality as a depressing thing. So often religious people denigrate the “flesh” in favor of elevating the “spirit”. So often we complain of aches and pains, of getting older, of dealing with things like humidity, mosquitoes, and sore feet. But that day I felt an overwhelming sense of my mortality and it filled me with joy: I get to live and I get to experience this life. My days are a gift, not a burden. After all, I have no idea how long I have for this world. Each day is a treasure. Be thankful for those aching muscles, those beads of sweat, those hunger pangs: It means you are alive! Be thankful for each step of this hike: It means you are on a journey! Where are you going? Where will it end? That day on that new trail, I had no idea. That very fact was exciting for me. So why would it not be the same in my life as a whole?

We get so caught up with what we don’t have, with destinations that seem far off, that we completely miss the thrill of the trail and the gift of each moment. That thought hit me with startling clarity that day in the Gatineau Hills.

I know a life can’t be spent hiking through the woods. I know this kind of day comes along rarely. I know that dark thoughts might very well creep in again. But I want that time of clarity to remain with me as something I can access at times when I feel the burden of living. Life can be heavy, to be sure, yet there is nothing, absolutely nothing, like life. And I would rather get the opportunity to live that life than to wallow in a kind of non-life, an existence of regret and what-might-have-been. I can’t change where I’ve already walked but I can change how I approach what’s ahead.

God give me the awe I need. Fill me with wonder. Remind me that life is short but worth every moment of it. 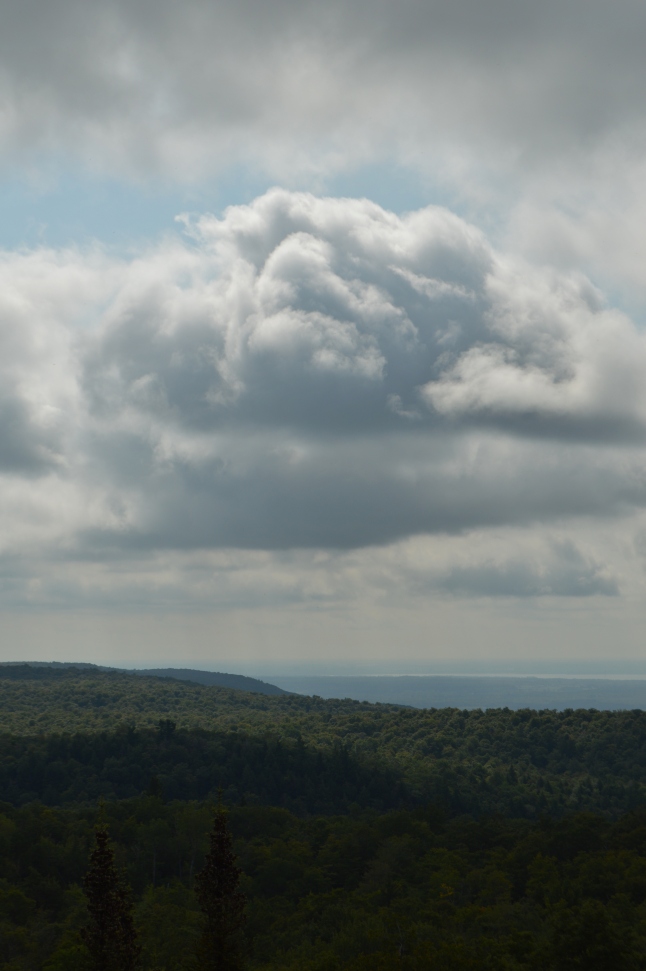