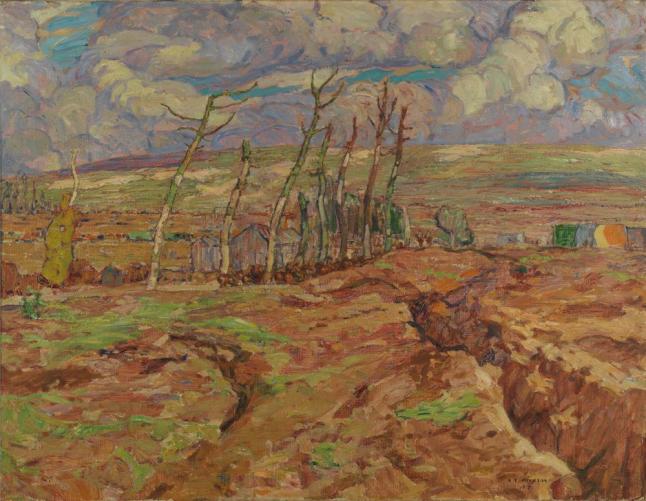 Vimy Ridge. There are names of locations that are meaningless to many which hold endless meaning to others. To Canada and Canadian history, Vimy Ridge, or just Vimy, is crucial to the formation of a national identity. The Battle of Vimy Ridge took place from April 9-12, 1917 in France but the name resounds the most thousands of kilometers away and across the Atlantic.

The comments on the Wikipedia page for Vimy Ridge will suffice to explain:

Historians attribute the success of the Canadian Corps in capturing the ridge to a mixture of technical and tactical innovation, meticulous planning, powerful artillery support and extensive training… The battle was the first occasion when all four divisions of the Canadian Expeditionary Force participated in a battle together and it was made a symbol of Canadian national achievement and sacrifice. A 100-hectare (250-acre) portion of the former battleground serves as a memorial park and site of the Canadian National Vimy Memorial.

Here is that massive memorial 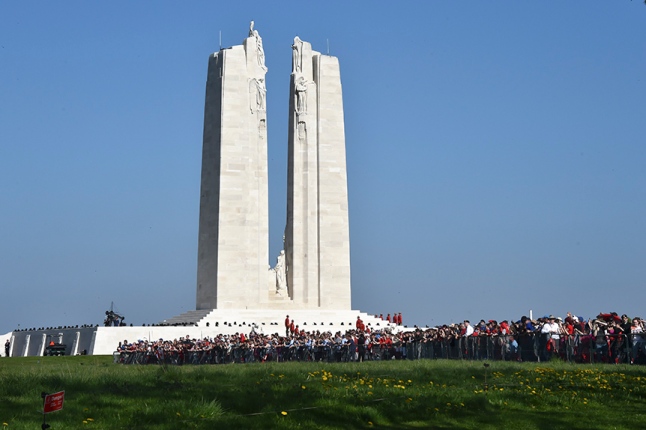 As I have never visited this memorial in person, I could only guess that it is powerful to be there. This year, marking one-hundred years since the battle, was particularly significant, though the memorial sees thousands of Canadian and other visitors every year.

Memorials can be impressive and important, but to me the painting by A.Y. Jackson of Vimy Ridge gets to the truth of it all, where boots on the ground, severed limbs and spilled intestines, smoke, fire and fear told the real story. In Jackson’s depiction the trees are shattered, the ground gouged with fissures. It is ironically lit by a spring day sunshine, giving a false sense of peace to a place of battle.

In my mind, Jackson’s painting provides the reminder that simple pieces of ground can cost a great price in life and wounded bodies, in trauma and death. It can also be the place where great acts of heroism and sacrifice were on display, as well as great acts of barbarity and violence.

Ultimately, it is just another place on the map, with trees and grass, soil and flowers, soaking up the rain, drinking in the sunshine. In that way, perhaps it is a fitting memorial to a defining moment of national identity. Canada is also just another place on the map, with many features similar to other countries, with people who experience the same problems and joys. But that same-ness doesn’t equal insignificance, just as the simple ridge in France doesn’t equate to being just another piece of high ground in the landscape.

We are the ones who infuse meaning to places and events. A.Y. Jackson has grounded us in that reality. It is not Vimy Ridge that defined a nation, it was the people – then and there and beyond – that defined and continue to define Canada, for better of for worse.